We were invited up to Bundoran in Donegal by our friends at Turf 'n' Surf tours. A brilliant surf school and hostel all rolled into one 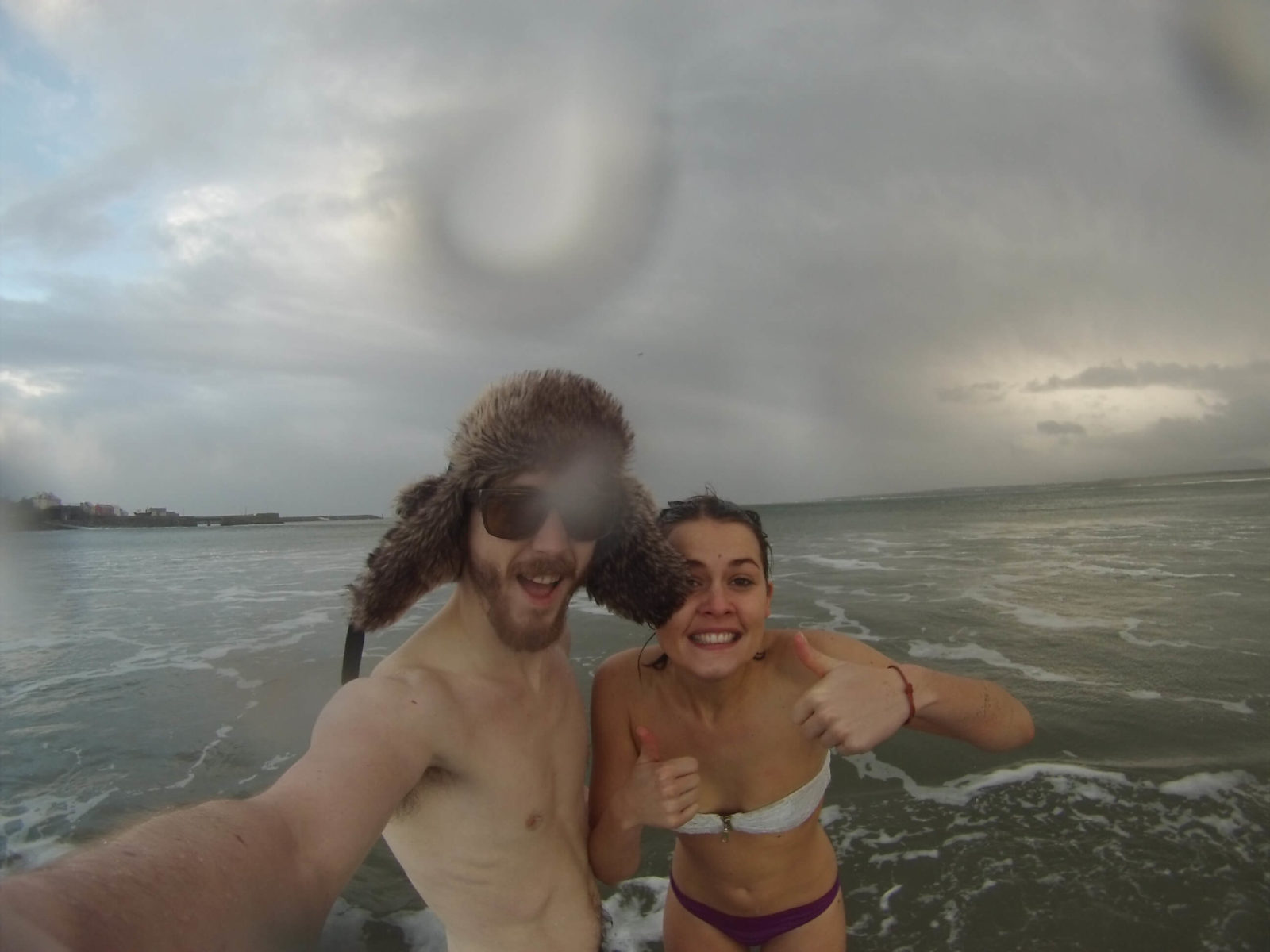 A few weeks back, we took a trip to the west side of Ireland. Out of Dublin and into the far reaches of the wilderness. We joke of course, in Ireland you are never more than 20 minutes from civilization. The Dublin to Donegal trip only takes three hours to cross the entire country. You get the best of city and country travel, crossing over into Northern Ireland for a bit where everything is the same but it costs UK pound sterling

We were invited up to Bundoran in Donegal by our friends at Turf ‘n’ Surf Tours. A brilliant surf school and hostel all rolled into one. They’d been trying to get us out into the winter waves for a while but we weren’t convinced! After more encouragement, we finally plucked up the courage and headed out to the wild side.

Surf ‘n’ Turf run their own bus from Dublin to Donegal every weekend. With friends in Galway and around Donegal, they are your guys if you want to know anything about life on the other side. They even run tours traveling round the country stopping every night in a new place with a new activity. We jumped on the bus right outside the hostel. Door to door service from the nice lads from Bundoran. We obviously had a million questions about the surf having never been before and they were all answered for us.

3 hours of motorway and country road later and we arrive in Bundoran.

Perfectly fine and alive which is always nice. It is a skill to drive a great big bus around the Bundoran backroads and the boys have been doing it for long enough. A quick tour of the village (the best pubs to go to) and a stop at the local supermarket to pick up food for the self catering kitchen and we arrive. From the dark night, the hostel is more than inviting.

A pretty terrace right on the seafront with amazing views. You could sit and watch the waves crash into the sea wall all day. The building has a modern kitchen and dining area, and double, triple, and dorm rooms. All rooms equipped with en-suites and homely wooden beds. It is a nice warm home to return to after a day in the cold Atlantic ocean. The surf school runs from the same building and has dedicated wet-room changing rooms in the basement. No faffing about on the beach trying to get into your new skins.

We woke the next morning from our slumber and headed down to the breakfast room. A selection of toasts and cereals and jams laid out for the guests with table service teas and coffees. It was this moment that our hearts sank. We’d come all the way across the country to brave the waves and were about to hear the news that we couldn’t. Turf ‘n’ Surf’s man Killian, owner and head honcho, made the announcement that the weather was far too bad for surfing. Describing it as a “freak mini tsunami” Killian told us the sea was no place for beginners that day. There were a few seasoned surfers staying at the hostel and they decided against going into the eye of the storm themselves.

The best conditions for surfing have the wind blowing out from the shore. This slows and cleans the waves up creating a nice, smooth sea. As sod’s law predicts, the wind was doing exactly the opposite of what we wanted on the one day we wanted it. Creating fast, unpredictable waves. We weren’t allowed to go surfing for fear of the wind flipping boards and blowing smaller people into the sky. Broken noses and missing people do not a good day make. This wasn’t going to ruin our day. We couldn’t come all this way and not get into the sea. In true Isaacs style, we sucked up our pride and ran into the freezing Atlantic. You can’t keep us down!

It was a tad disappointing that we didn’t get to go surfing ,but the Guys at Turf n Surf were so great and gave us alternative things to do in the town. They even gave us a tour around the headland to see the awesome waves hitting the cliffs and experience the scary wind as it hit the side of the bus. We arrived back in Dublin weary but with new friends, and the experience of seeing the incredible nature of the west coast of Ireland, Donegal, and Bundoran. We will no doubt return for a second shot at the Surf !

Halloween in Dublin at Isaacs Hostel

June 18, 2013 No Comments
PrevPreviousFebruary in Dublin
NextDublin’s Most Popular HostelNext