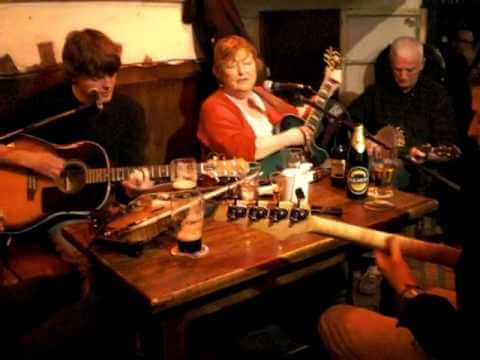 Isaacs Hostel guide to some of our favourite Dublin pubs with live music.

This famous line that has succeeded in cracking even the strongest willpower.Many a night has been had that started with good intentions to get home early and have a good night’s sleep. Then, as if by magic, that second pint has just been dispatched, and there is no sign of any goodbyes. The live music has just commenced and suddenly you have an extra pint on the table and sure it would be damn right rude to leave now!

As you can tell it’s a quite frequent problem I have. You would know if you had the endless amount of establishments with live music that we have here in Dublin.Obviously, there are many, many Dublin pubs with live music so picking out the best is is quite tough. For now, I will just select three of my favourites and we will post another blog shortly with more.

The Celt, Talbot Street, Dublin 1
The

Celt is just 1 minute away from Isaacs Hostel, so it is quite handy if you want that ‘quiet’ drink before bed or in our case after work. There is live music every night, a nice blend of locals and tourists and friendly bar staff that create the perfect local experience that many are after. They also serve excellent Irish food that is cooked in there restaurant next door ‘Le Bon Crubeen’. There has been known to be many a late night in here with a music session going on until the early hours.

The Cobblestone is the place to go if you want to fully understand the beauty of Irish song and music. There is a trad session every night, where musicians of all ages and degrees of talent play. People simply write their name on a piece of paper and when called, sing from their seat. There is often a beautiful sense of competitiveness between the musicians and I can’t ever remember the inhabitants being noisy, there is always that sense of gratification in the air, the music rightly taking centre stage. I am quite sure there are not many places in the world where music is played unaccompanied that holds such pride of place.There is also a nice selection of craft beers to if that’s your thing, or if it’s a nice pint of plain (Guinness) then you will be a happy camper.

dar Kearney’s also has live music every night. It is named after the man who composed the Irish national anthem ”Amhran Na Bhfiann. Every Tuesday there is a traditional Irish band that you will love. Accordions, tin whistles, guitars, recorders, it really is a fantastic chance to see local Irish talent. If you fancy yourself as a singer or musician then come along too as they often invite people to sing their own song from their own country or be it just a song from the charts.

Top 5 things to do Dublin Autumn

Let’s go on a tour! Ideas for a day tour from Dublin. Part 1.

One day in Dublin

January 10, 2014 No Comments
PrevPreviousTop 10 attractions à Dublin.
Next3 slightly mad things to do in DublinNext