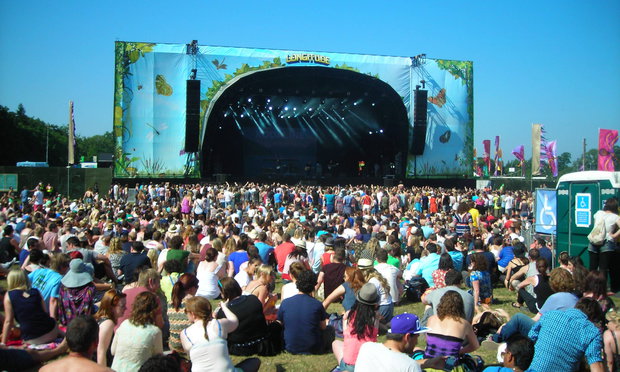 As ever Dublin will be playing host to some of the best festivals in Europe this year. Here is Danilo’s guide to all Dublin has to offer in terms of festivals this summer.

In just three years, Longitude has

become one of the main festivals of the year. Last year the festival featured headline acts such as Hozier, Alt J and The Chemical Brothers. This year promises to provide another cracker of a line up. The line up should be announced at the beginning of the summer. Longitude is sure to be one of the highlights of the summer and lets hope for some sunshine this year!

Three days in Dublin packed full of concerts, incredible guests, inspiring talks and roundtables, and a healthy dose of Irish craic.
The Dublin International Game Music Festival is a chance to celebrate and to learn about gaming music that surrounds us every day: when we play games, when we accidentally leave our consoles on for hours, and even when we’re fiddling around with menu options. Of course, the festival is not just a place of work – there will be plenty of fun to be had along the way. Between concerts, community events, and parties, there will be many opportunities for attendees to discover new friends, as well as taking advantage of everything that Dublin and Ireland has to offer.
Community events will also allow for attendees to come together, meet each other and get to know each other over the course of the festival. Read more here

Identity, migration and territory are among the themes that will feature as part of the 2016 Dublin Dance Festival.The highly contemporaneous programme also sees pieces that will respond to the 1916 proclamation, with new Irish work programmed alongside work from Greece, Canada, the U.S., and Spain. Combining dance, circus, visual art, and theatre, the programme continues a tradition of boldness and open-mindedness, according to new festival director Benjamin Perchet. Read more here
• June

The beloved festival-on-your-doorstep, Dublin city centre’s multi-stage music and arts festival, Forbidden Fruit, is set to return for its fifth installment on the June Bank Holiday weekend.
The beautiful grounds of the Irish Museum of Modern Art play host once more to the growing three-day frolic, which has become firmly fixed in the gig-goers calendar as the grand-opening to the festival season, and the official start of the summer.
Now with over 70 acts across five stages (Original Stage, Undergrowth, Lighthouse, Someplace Else, and The Workshop), offering a wide selection of different styles of music, old and new, to suit all tastes, you can expect the usual fruity cocktail of great cutting-edge sound, comedy, art, good food, and festival fun. Read more here

For 4 days in June Dublin becomes a foodie paradise, with the city’s top restaurateurs and many specialty and artisan food producers, presenting their wares in an open-air setting in Dublin’s Iveagh Gardens. If there is anyone who still believes that Ireland is a culinary desert, this event shattered that illusion for once and all. Visitors can sample taster portions of signature dishes from restaurants such as the Michelen starred Chapter One, Thorntons and Patrick Guilbaud, indulge themselves in the Chocolate Experience and educate their palates at the Wine and Spirit Academy. Read more here

June 16th is Bloomsday, the very day in 1904 on which all the action of James Joyce’s renowned novel Ulysses takes place.
Bloomsday is a commemoration and celebration of the life of Irish writer James Joyce during which the events of his novel Ulysses (which is set on 16 June 1904) are relived. It is observed annually in Dublin and elsewhere. Joyce chose the date as it was the date of his first outing with his wife-to-be, Nora Barnacle; they walked to the Dublin suburb of Ringsend. This text has been taken from www.cute-calendar.com
In Dublin, where the novel is set, the Bloomsday celebrations take place across the week, with most of the fun and frivolous activities taking place on the day itself. It involves a range of cultural activities including Ulysses readings and dramatisations, pub crawls and other events, much of it hosted by the James Joyce Centre in North Great George’s Street. Read more here

Combining the Irish language with a wide range of entertaining events, enjoy this fabulous, summer festival when Ravelóid comes to Dublin. This exciting and unique festival celebrates the Irish language featuring music, comedy, drama, dance, sport, literature and much more, will allow you to experience the beauty and diversity of our wonderful native language in the fabulous grounds of Ardgillan Castle, a beautiful 200 acre country house. Read more here

This is a joyful and colourful celebration of LGBT life in Dublin, with a 10 day programme of events culminating in a huge parade through the streets of Dublin on the final Saturday. In the days leading up to the parade there will be music, art, film, workshops and a range of special events including the Pride Run and the Picnic in the Park, both held in the Phoenix Park.
Live music, big screens, food, a family & community zone and lots of other entertainment will keep the celebration going at the Village until 6pm. Late into the night social events at venues throughout the city round the day off. Read more here

The Laya Healthcare Street Performance World Championship part of the City Spectacular Festival is back on the streets of Dublin and Cork and it is agreed that it is one of the best Free Family Fun Event around with lots fun for everyone. Also there will be face painting, balloon modelling, juggling workshops, and every year they scour the globe to bring the best international street performers to Ireland to compete for the world champion title. Hold onto your socks and get ready for an action packed festival full to the brim with jaw-dropping jugglers, awe-inspiring acrobats and spine-tingling sword swallowers! The bizarre and the talented sword swallowers, contortionists, piano jugglers, magicians, break dancers, comedians and other assorted world-class professional act will compete centre stage at this free festival which gives all the family something to marvel at. Read more here

January 22, 2014 No Comments
PrevPreviousCHEAP LUNCH IN DUBLIN
NextTop reasons to visit Dublin 2016Next