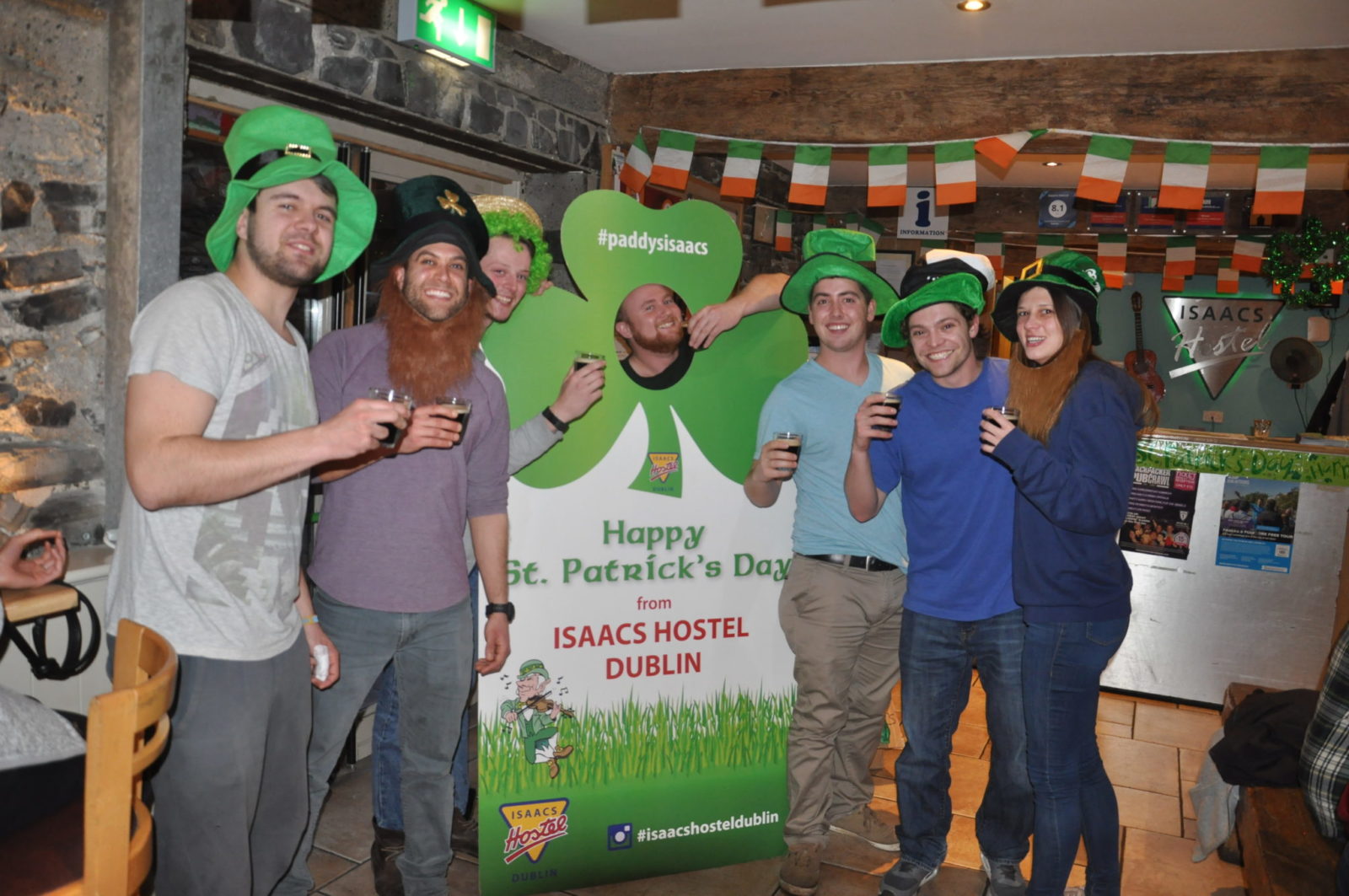 What’s on in Dublin in March? Discover some of the main Dublin March events we found for you.

This Dublin based festival is easily the biggest St Patrick’s Day festival in Ireland, if perhaps not the most traditional. It’s a massive event, a huge party taking place on the streets of Dublin with more than 4000 performers involved and an audience that will top 1 million people over six days. Usually there will be groups taking part not just from Ireland, but from elsewhere in Europe and from India, Africa and the USA. It is a truly multicultural event. Expect huge costumed characters, colourful costumes and lots of theatre. The programme includes the the annual parade, family carnivals, comedy, dance, fun fairs, treasure hunts, street performers, many musical events. Read more here

Kit yourself out in green and go nuts in Dublin on St Patrick’s Day. The entire city will be transformed into one huge party zone with a four-day festival (March 14–17) that will ignite your sense of Irish pride, even if you are not Irish at all! Join the good-humoured crowds lining the streets for the famous St Patrick’s Day Parade, a show-stopping pageant the likes of which you have never seen before. Think Rio, only cooler, with giant, colourful puppets, fantastic street entertainers and more marching bands than you could shake a baton at. The parade starts at noon on Parnell Square, snaking its way up O’Connell Street, down Westmoreland Street, Dame Street, and Lord Edward Street, before passing Christ Church Cathedral and finishing just after St Patrick’s Cathedral. Read more here

It may not immediately strike many people as a place steeped in literary heritage, but surprisingly large number of highly regarded and successful authors hail from or live in the Dun Laoghaire Rathdown area of Dublin (the ‘DLR’ of the festival title). There is a strong focus on poetry with two major poetry awards presented during the festival, TheShine/Strong Award which is presented annually to the author of the best first collection of poems published by an Irish poet in the previous year and the Irish Times Poetry Now Award for the author of the best collection of poems in English published by an Irish poet in the previous year. There is much more than poetry though. Authors of all sorts of fiction attend and there are loads of readings, authors in conversation sessions and workshops covering a variety of topics, with a focus on aspiring and new writers. Read more here

This Easter, get out

into the wilderness and take part in the Dublin Walking Festival. Running for three days, this festival will take you to scenic places that you never knew existed in Dublin. Or, if you’re an experienced Dublin mountain-walker, test yourself against your peers on the variety of walks available, with difficulty levels ranging from easy and moderate to strenuous. It’s hard to believe the Dublin and Wicklow mountains are right at the foot of our city so get your walking shoes on and join in the fun. This festival is suitable for everyone from young to old, novice to experienced and includes a packed programme. Read more here

RBS 6 Nations is the oldest rugby championship in the world, dating back to 1882.  Originally held between the four United Kingdom countries England, Scotland, Wales and Ireland, France joined in 1910 and Italy joined in 2000.The RBS 6 Nations Championship is contested each season over seven weekends during February, March and sometimes April. Ireland won the 2015 Six Nations after one of the most dramatic final days in the history of the competition.Attracting millions of viewers every year, many of the best pubs across the city will be showing the rugby coverage. Let’s hope we get again the result we want! Read more here

2016 marks the centenary of The Easter Rising. This uprising was one of the defining moments of the struggle for Irish independence which began on Easter Monday 1916 with the reading of the proclamation, Across Easter weekend many more memorial services will take place in the city, including a ceremony for all those that have died during the events of 1916 in the Garden of Remembrance, a State event for relatives of those who took part in the Rising, a nationally televised military ceremony, and a parade which will pass through the city, viewed by the President and invited guests from viewing stands lining O’Connell Street, joined by the public along the route with large screens erected for maximum visibility. An official opening of the Easter Rising Centenary Visitor Facility at the GPO will also take place, as will a special ceremony at Liberty Hall to commemorate the contribution of the Irish Citizen Army and James Connolly, to the events of 1916.

Beginning to look a lot like Christmas in Dublin ?